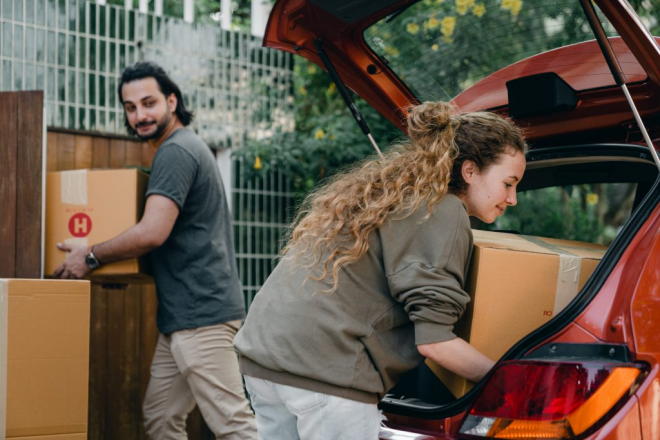 The younger generation, in general, has been the topic of financial debate for years. People attempt to understand why these seemingly on-the-go individuals would rather make avocado toasts trend rather than pursue the American dream, but the answer lies right before our very eyes: the American dream has long been up for sale.

With the onset of student loans, unstable economic conditions, and an increasing standard of living, the dream of landing a stable job, settling down, building a family, and owning a home remains to be an elusive notion. Homeownership, in particular, has sent an entire generation backward in terms of accessing ownership—experts note that as long as inequality in the United States continues to rise, the American dream will remain just wisps of smoke.

Homeownership is a notion historically known to be the stepping stone towards wealth, and the majority of homeowners today grew up in affluent families, making the milestone highly accessible. This has created a distorted version of the dream, especially since the prospect of jobs, wages, and determination is never nearly enough to make homeownership happen.

While it can be difficult to change the discourse on marriage, having children, and eating better than avocado toast, there is a way to change the current state of homeownership, regardless of whether you’re a young professional or have served the country in the hopes of creating a better world. Here’s how:

Veterans and low-income families deal with wealth barriers and favorable debt-to-income ratios, which is usually what keeps them away from their dream homes. Closing costs charged by lenders are often too much, and with the lack of cash for down payments, the prospect of homeownership becomes delayed. Through affordability assistance, however, these people will be given an opportunity to make life happen—some types of this support includes grants, subsidies, payment assistance, soft second mortgages, homeownership vouchers, and even forgivable loans.

Even small amounts of down payment assistance already increase the probability of first-time homebuyers succeeding. While others are blessed with family members willing to assist, many other households are less likely to have this option available to them. The most feasible choice for them is the Federal Housing Administration (FHA), which is responsible for facilitating homeownership for low-income buyers.

Much of the homeownership issue banks on financial pressure, but another solution to the problem is housing counseling. Here, the idea of affordable and sustainable homeownership becomes accessible to many, especially when it comes to the ever-complex homebuying processes. Unfortunately, the lack of knowledge in these areas makes low-income borrowers and first-time homebuyers susceptible to predatory lending practices. They become victims of unreasonable rates and outrageous cash payments, which further deters them from pursuing their dream.

Through the Dodd-Frank Wall Street Reform and Consumer Protection Act, however, lenders are now required to provide consumers with HUG-approved counseling, which breaks down the entire process of homeownership—the decision-making, selection process, and possible issues, down to the sale and closures.

Beyond Homeownership and the American Dream

The housing industry also deals with economic downturns—with constrained foreclosures, vacant units, and unemployment, homeownership is an issue that needs to be addressed as a whole. The prospect of dealing with personal finances may be the culprit to the misconstrued American Dream, but it’s now clear that inequality plays a key role in inaccessibility.

Lending practices need to be overhauled to serve those in need, such as war veterans and low-income families. The concept of affordability assistance must also be pursued, especially since the quality of mortgages continues to take a hit. With the housing market so fragile, reform is needed to keep it afloat. Without it, all parties involved will suffer.

For millions of Americans and countless veterans, the prospect of homeownership is but a dream. With Frontline Financial, however, we’ll make that very dream happen. We offer you low rates, professional service, expert financial advice, and a fast application process—all you need to do now is to contact us.

What is a Drive-By Appraisal? How Many Types of VA Loans Are There? Home Equity Vs. Cash-Out Refinance Loans How Many VA Home Loans Can You Have? Can You Afford a Second Home?

Fill out the form below and someone will be in touch within 24 hours (or sooner)!

Uh Oh! There are some problems

This is not an offer to enter into an agreement. Not all customers will qualify. Information, rates, and programs are subject to change without notice. All products are subject to credit and property approval. Other restrictions and limitations may apply.